How can we obtain a copy of the iccMAX specification?

The iccMAX preliminary specification is almost complete, and after a review and ballot will be released shortly with a reference implementation which can be used to make and apply profiles.

What is the future of ICC.1?

ICC.1 is the version in ISO 15076-1. For the markets for which it is applicable, it works fine. Where there are gaps in what it provides, such as extending beyond D50 colorimetry, we will see more application using the new specification. However, iccMAX is unlikely to supplant ICC.1 within the coming decade.

In material connection, if the purpose of imaging is material quantification do we need visualization?

In pathology the main purpose is identification of materials, but often visual methods – such as counting cells – are used. So visualization is needed in the short term until automated methods are more reliable.

Are there other fields in medicine where multispectral imaging is applied?

The first example is in dermatology, where there is a multispectral device to capture melanomas in order to analyse whether they are malignant or benign. Another example is dentistry, where the color of teeth needs to be matched accurately. Experiments have also been performed using multispectral video imaging in operations, since some tissue elements have been found to be outside the sRGB gamut.

What sort of accuracy was obtained with iccMAX in the pigment identification study, and how was the ‘ground truth’ measured?

All the paintings were made opaque for simplicity to avoid errors from Kubelka-Munk modelling, and evaluated using CIEDE2000 mean and maximum; the details are in the paper. Two methods were used for spectral reconstruction, include matrix inverse and PCA.

Is there a means to represent iridescence in the BRDF tags?

Not directly, although it could be approximated through the way that surface normals are specified.

Does the presence of folding and intersections in a gamut surface represent a problem of sampling or measurement?

It appears to be mainly noise in dark areas, together with effects such as banding and gloss. The models are relatively simple and not highly non-linear so it is not thought to be a problem of incorrect modelling or of oversampling.

For n-color profiles, the use of the Calc element to split the color space into 4 tables using an if- else mechanism was described. What happens if a color not in one of the tables is to be processed?

The tables have to span the domain of the input space, so this should not arise.

Is it possible to make calls to external applications from the reference implementation?

No. However, it is possible to store data arising from computation in another application, and generate profiles via the iccXML tools.

Are there adequate measurement devices in the market for iccMAX; and is the cost of additional data significant compared to v4?

Colorimetric and spectral data are captured by current instruments in the market. For material properties, components such as BRDF and fluorescence are routinely measured in the lab but are more difficult for end users. Cameras are increasing being used to provide multispectral data. An important issue here is that with iccMAX it is no longer the color management that is the limiting factor, but the capabilities of devices, instruments and software.

With all the capabilities to represent a complex model going to and from the PCS, what is the situation with the development and marketing of CMMs; and what needs to be done by profile generators and consumers?

We are putting the iccMAX platform out there now in order to start asking these questions. We know that with iccMAX it is possible to do much more, but we don’t have all the answers and want to see what the market has to say. A key goal of iccMAX has been to make the CMM as simple as possible – it has been extended and is more functional, but doesn’t have a lot of smarts. Things like changing observers, doing conversions between device and PCS, are all in the profile. So profile generators rather than CMM developers have the main burden of making things work. The reference implementation allows people to start immediately with applications.

What is the difference between NamedColor profiles in iccMAX and CxF?

NamedColor profiles provide processing information to the CMM directly, while CxF is primarily measurement and metadata. The content is similar, but there are functional differences.

What constitutes the largest data size addition when using BRDF?

We don’t expect mainstream vendors to support iccMAX immediately, and for this reason we will continue to maintain v4. Many things need to happen before iccMAX will be widely adopted. For example, to support embedding reference profiles in PDF, iccMAX needs to be defined within ISO 32000; but ISO TC171 needs there to be a final published standard for iccMAX before this can be considered. And it is unlikely that Photoshop will support iccMAX until it is in PDF. Where we will see iccMAX implementations is in things like soft proofing, medical display, research labs etc where iccMAX features will be used to accomplish specific goals, using domain-specific Interoperability Conformance Specifications (ICS).

ReficcMAX includes a CMM for Windows, so it could be installed for use in Photoshop today, although Photoshop would not support most iccMAX profiles. Some current applications may be able to use the CMM, but not if they perform additional checks for things like profile version number.

Is iccMAX compatible with ICC v2, and can v2 profiles be converted to or from iccMAX?

It is possible to convert v2 to iccMAX, but not generally not the inverse. Both v2 and v4 profiles can be connected to iccMAX in a workflow.

iccMAX is self-contained, and some of the features in v2 and v4 have been deprecated in iccMAX. However, some things that could be done in v2, but not in v4, can now be done in iccMAX.

Why do some profiles need 1D to n-D profiles for tints?

This is a matter of scattering and absorption. Inks that exhibit both behave non-linearly and need an n-D LUT as errors tend to be large otherwise.

Are there differences between different digital printing technologies in terms of their gamut boundaries?

What was the size of the iccMAX profiles which incorporated spectral data?

They are actually quite small. The matrix had 2000 floating point values of 4 bytes each, while the CLUT had 11 cubed entries plus the white, together with some metadata.

How can observer data be obtained in a practical end use situation?

At RIT a normalscope has been developed which can determine observer color matching functions in 15 minutes. The CHAD tag has been deprecated in iccMAX but there is a chromatic adaptation transform in iccCAM
The CHAD tag was used to convert colorimetry to and from the D50 PCS. In iccMAX, the PCS is defined by the Profile Connection Conditions, and it is possible to use the measurement data directly. The CAT in iccCAM can then be used to apply appearance processing.

Is iccMAX supported on the mobile platform?

Not currently. Color management is not adopted on the mobile platform due to the size of profiles and the processing requirements, especially for dynamic processing. The reference profile in iccMAX addresses the profile size issue, and in fact the reference implementation could easily be made to run on mobile devices. ICC will focus on ICC applications in displays at the May 2016 meeting hosted by BenQ in Taipei. There are also security issues that prevent color management on the web. Some APIs are beginning to permit a degree of functionality

Where differences emerge between iccMAX specification and reference implementation, which will have precedence?

Neither should be considered absolute, we will see which makes most sense before making changes.

Most vendors are working on iccMAX, but have not published their plans. The XML representation means that profile generating software is not essential.

Can the direction of gamut clipping be specified in iccMAX?

Gamut mapping is coded into the LUTs, and is not separately supported in iccMAX.

Has real-time processing speed been considered?

The reference implementation has not necessarily been built with computational efficiency in mind, and could probably be further optimised.

Can transforms be concatenated?

What is the reference implementation and what are its platform dependencies?

The reference implementation is written in C++, and is platform-independent with no calls to external libraries. The only exception is linear regression, where there is an interface class to call an external application.

Is there an example of an ICS document?

Yes, we have several at draft stage, and these will be published on www.color.org/icclabs 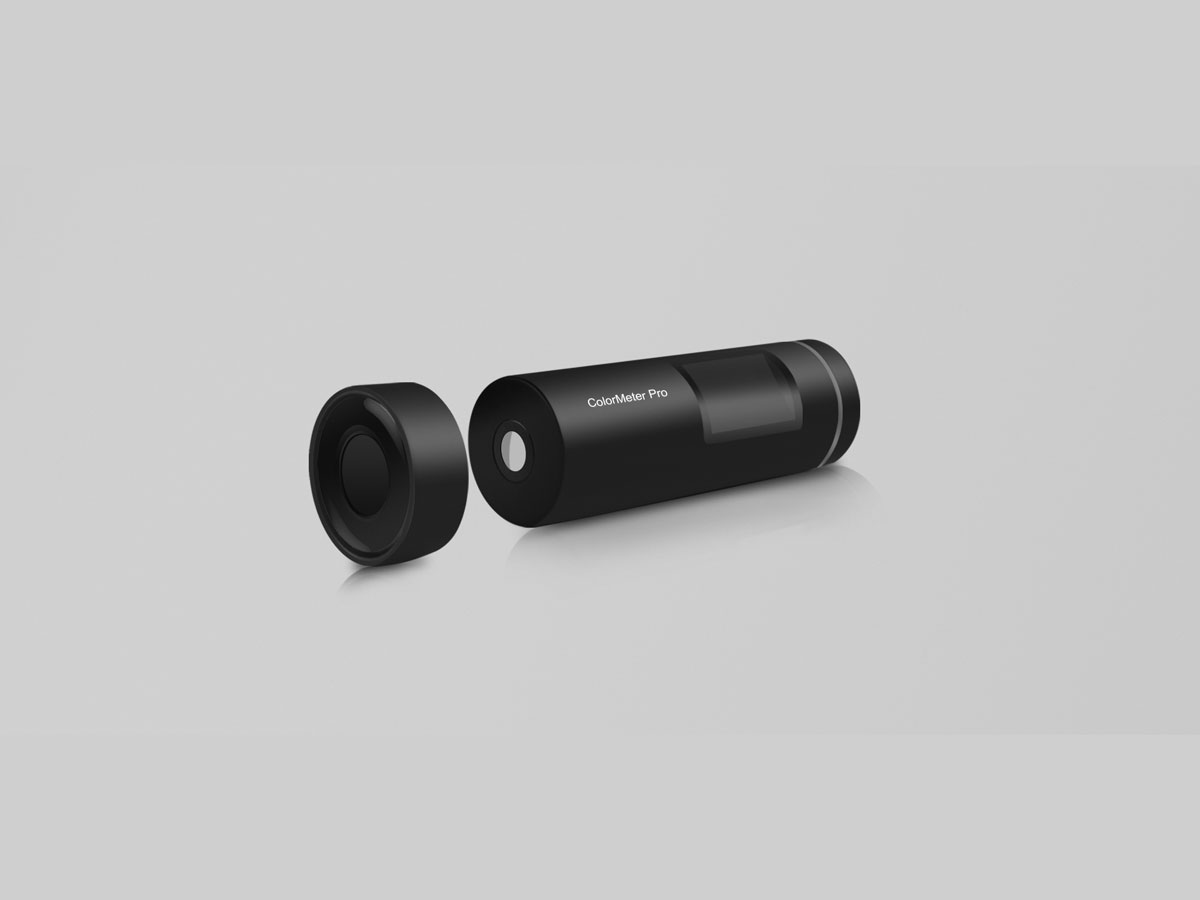